In this book, the main character learns that by not eating the first marshmallow he receives – i.e. by saving it – he will accumulate more and more marshmallows (money) day by day and week by week...

And if he continues to set aside the fruits of his savings in addition to the return on money he has already set aside, he will achieve an exponential sum of marshmallows (savings). This will allow him to eventually increase his annual income substantially!

The book is inspired by the experiment called "The Marshmallow Test" by Walter Michel of Stanford University. This test shows that children who were able to resist eating marshmallows were more successful in their adult lives and obtained higher positions in the companies that employ them.

The results interpreted by the authors of the aforementioned study show that the greater the self-control (we are talking about the ability to defer a gratification over time), the more success in life is guaranteed.

What behavior and attitude should be developed to take advantage of the magic of compound returns?

The most interesting thing for me is that high IQ is not essential to success. This shows that attitude is more important than intelligence for success.

The book suggests that someone who resists eating their marshmallow immediately sees it double repeatedly over time... The book also shows that not everyone is able to resist a marshmallow. Our belief system has evolved according to our encounters, our past experiences.

The Value of Money

The marshmallow analogy is interesting because it shows that one of the qualities of those who get rich is to believe in the future. Thus, they believe that the future will give them reason not to spend everything...

Because, for people looking to get rich, an insignificant expense in of $1 will deprive them of a huge value in 20 years!

They understood this chart which clearly demonstrates the importance of starting young. If many believe that the rich have secrets, the magic of compound returns is certainly one of them!

Besides Warren Buffet, Peter Lynch and many others have been using it for years... Did you know that Warren Buffet started to get rich after the age of 50? 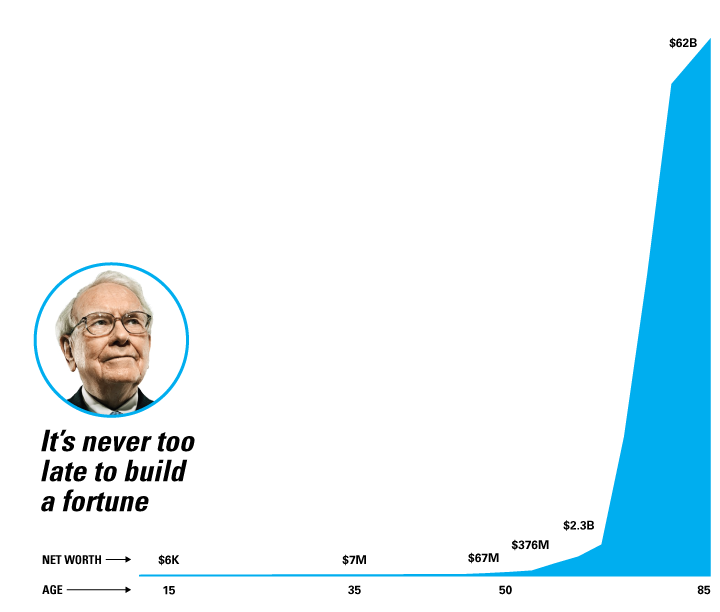 Two Tips for Getting Rich Without Procrastinating

Are you ready for a new start?