As of October 17, 2018, recreational marijuana is legal in Canada. This will have quite a few economic implications, as certain activities previously relegated to the black market are now officially recognized features of the Canadian economy. In the leadup to legalization, Statistics Canada published historical data on cannabis price, production and rates of use.

The number of cannabis users has spiked in recent years, particularly in the 25-to-64 age group (Graph 1). This is likely due in part to increased medicinal use. According to Statistics Canada data for Q3 2018, an estimated 4.6 million Canadians used cannabis at least once in the previous three months. That’s about 15% of Canadians 15 and older. But this figure varies considerably by region. Quebec has the country's lowest rate of use, with just 10% of people 15 and up reporting having used cannabis. In contrast, Nova Scotia and British Columbia have the highest rates at 23% and 20%, respectively. 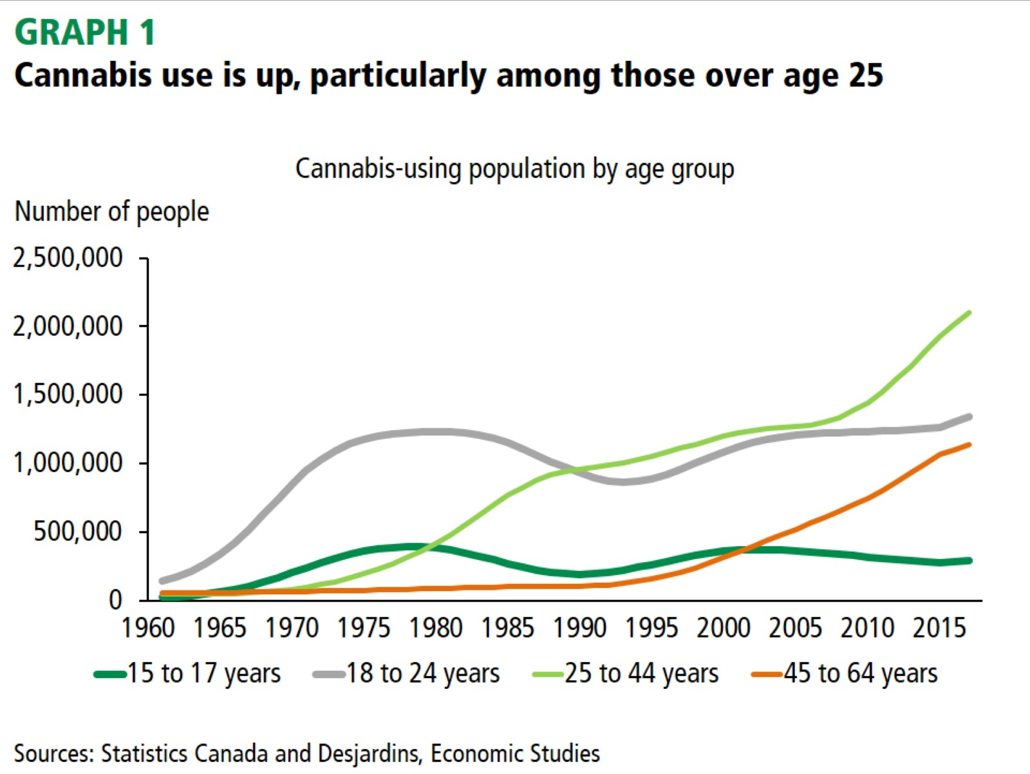 But cannabis is unlikely to boost Canadian household spending by $5 billion to $6.3 billion. First, much of illegal cannabis use is already included in official Statistics Canada data. Second, because Canadians’ budgets are already maxed out, many consumers will just spend their money on cannabis instead of other goods and services, thereby limiting the net gain for Canada’s economy. Cannabis legalization should therefore have only a marginal effect on economic growth. 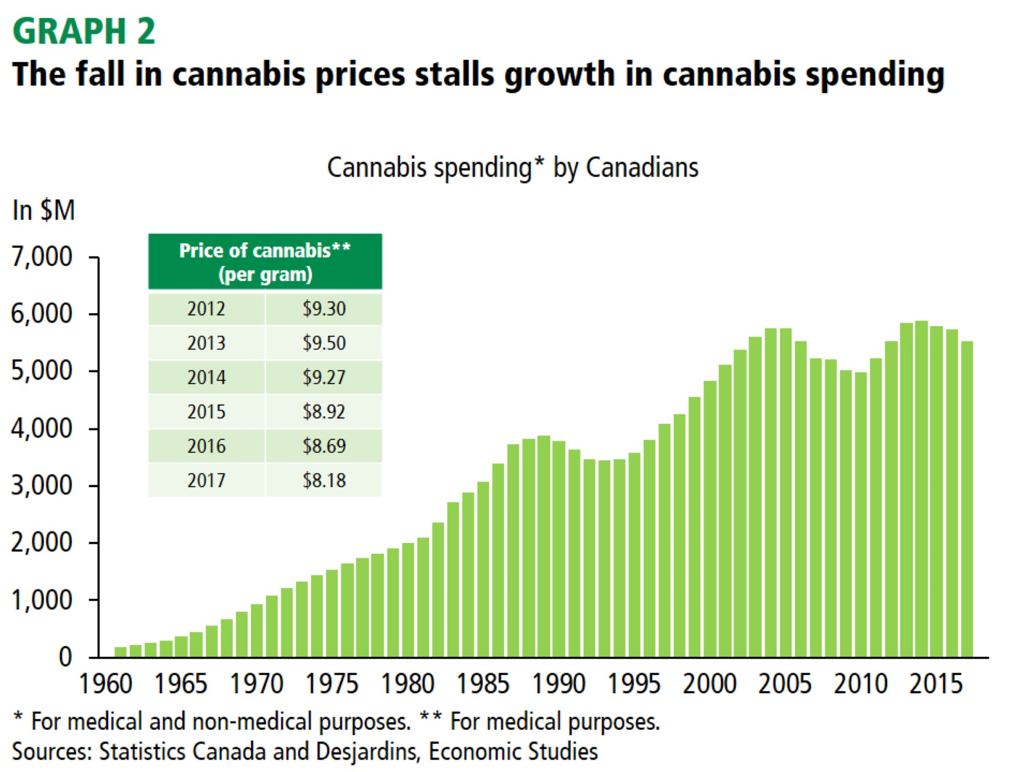 On the producer side, 120 facilities were authorized to produce medical marijuana as of September 2018, with more than half of them in Ontario. There were also an estimated 2,399 medical marijuana jobs as of late 2017. Some producers have even started selling their shares on the stock market. Stock values skyrocketed in late 2017 (Graph 3) before slipping throughout the first half of 2018. They began to recover in August 2018. On balance, however, cannabis accounts for a small share of the Canadian stock market and economy. 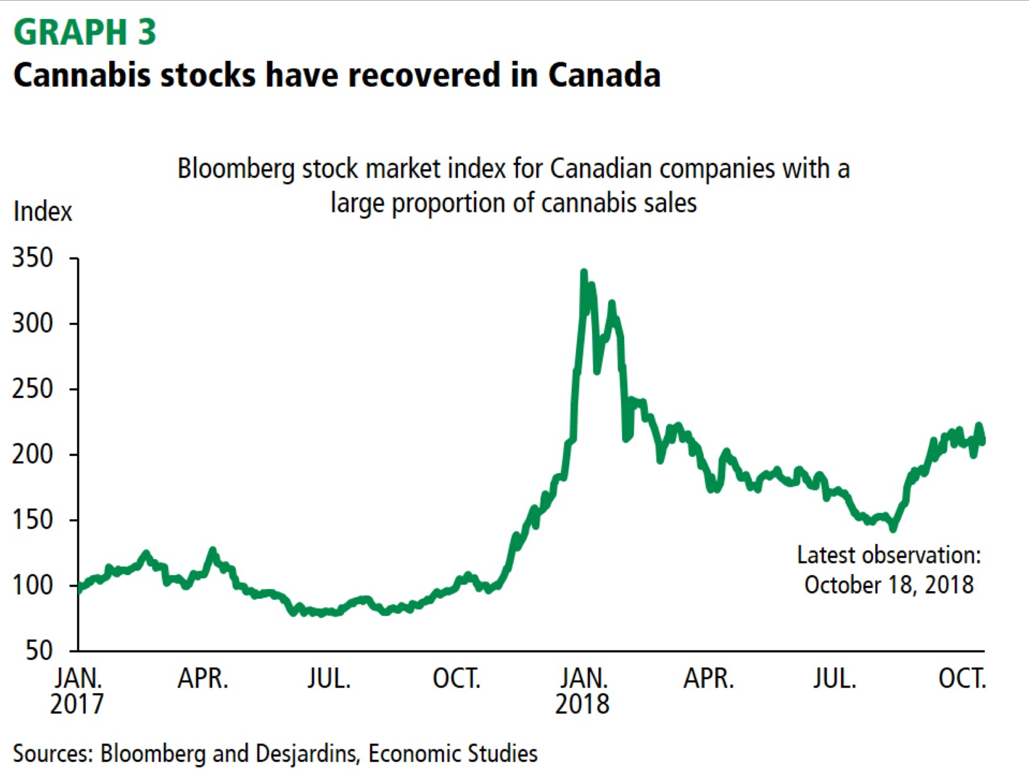